DWF LIVE sessions begin during Secret Path Week (Oct. 17-22).  Events will be added continuously so bookmark DWF LIVE to make sure you get a spot for your Legacy Schools class, club or youth group!

Disclaimer: The views and opinions expressed by Artist Ambassadors are those of the artist and do not necessarily reflect the official policy or position of the Gord Downie & Chanie Wenjack Fund.  Line- up may be subject to change.

All events will be recorded for later viewing. 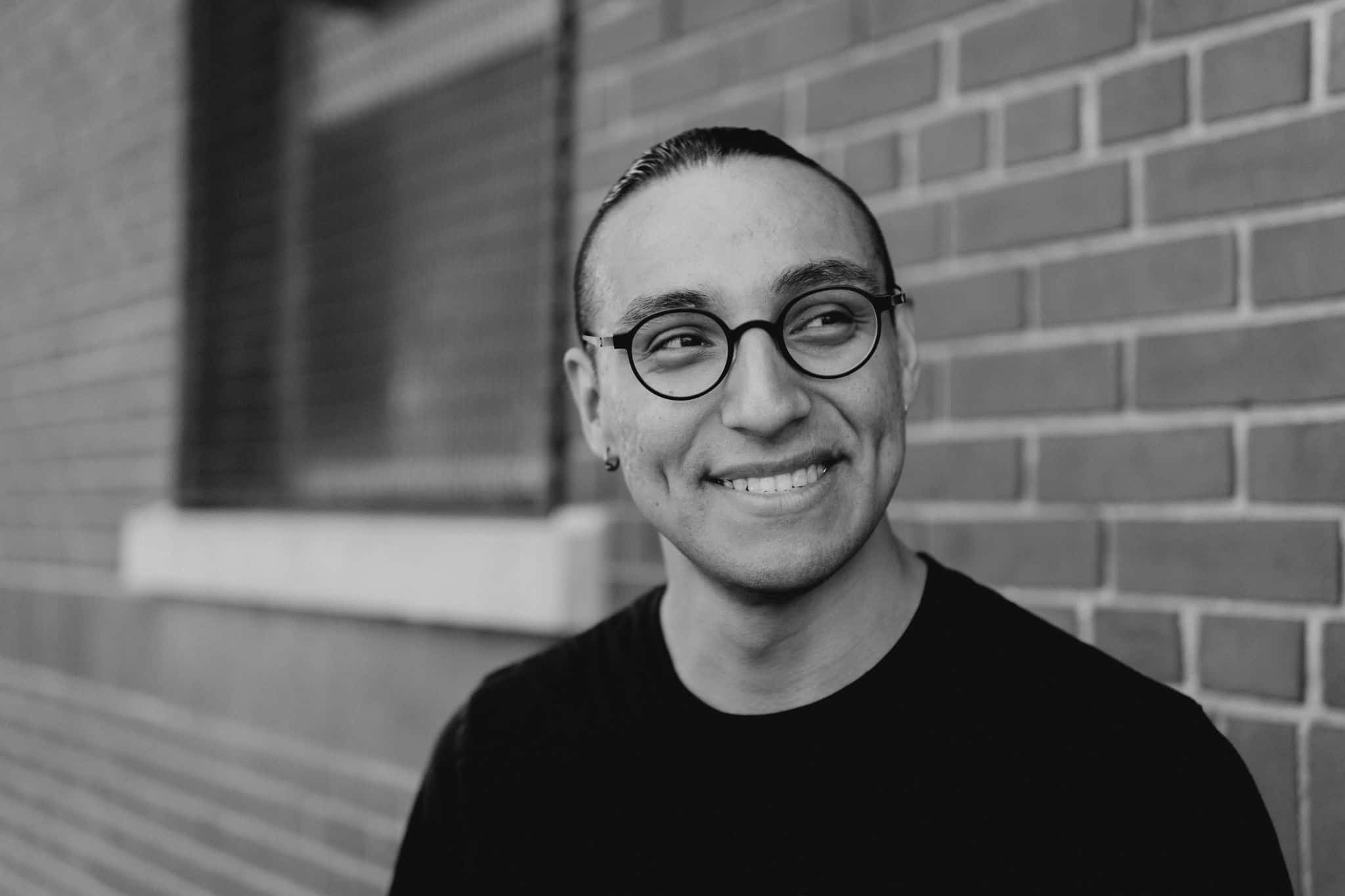 The Toronto-native is an award-winning producer and DJ who is impacting the global music community with his fresh sound and meaningful collaborations with diverse artists. Drawing inspiration from his life and culture, Classic Roots developed his original sound through integration of traditional Anishinaabe drumming and singing, with unique sound of techno/house, to establish a sense of indigenous cultural freedom that echoes throughout the electronic music scene. 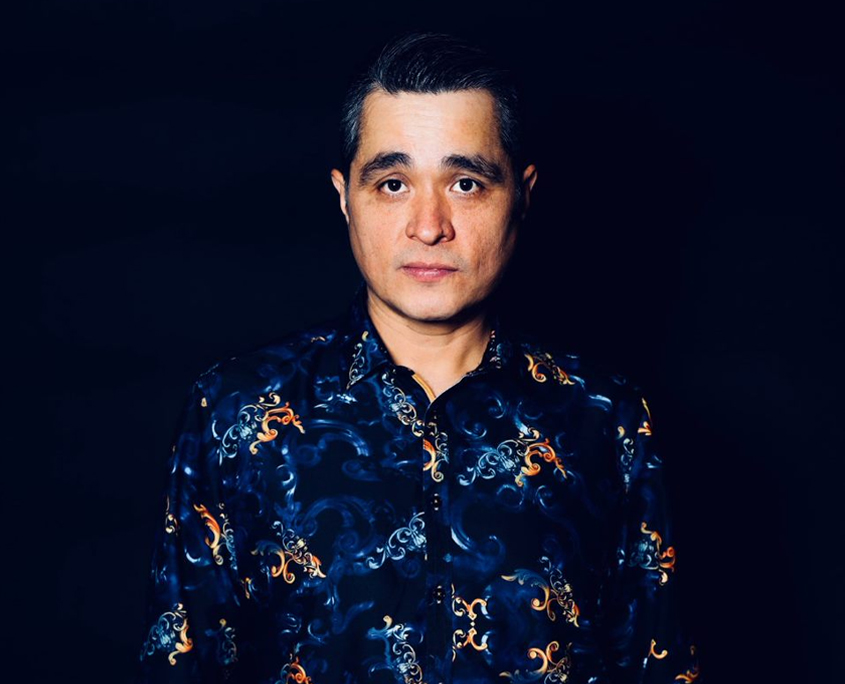 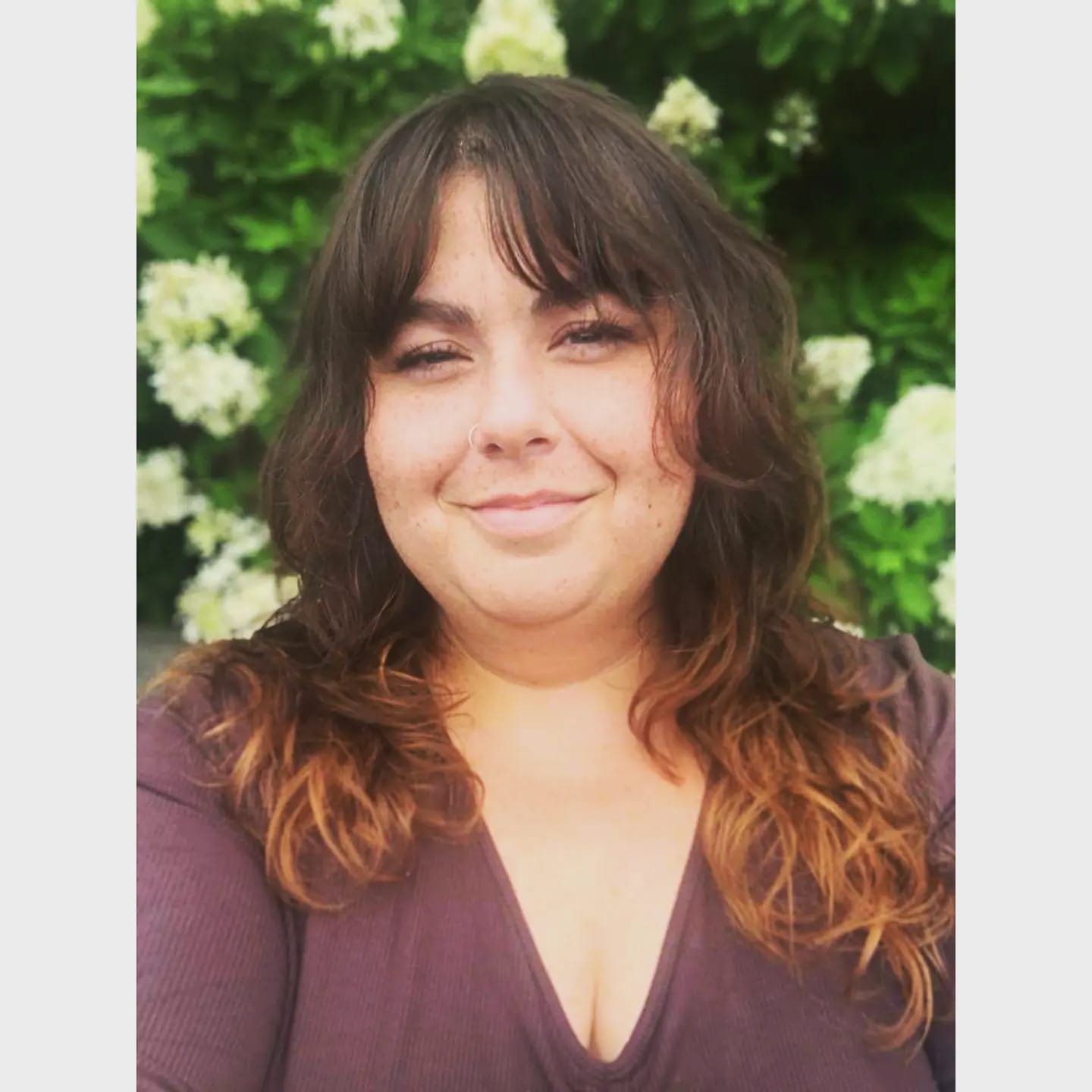 Desiree is Anishnaabekwe originally from Robinson-Superior Treaty territory and a member of Netmizaaggamig Nishnaabeg in Northern Ontario. She received a law degree from the University of New Brunswick Faculty of Law in 2018 and has been with Aboriginal Legal Services (ALS) in Toronto for three years, first as an articled student and then in the Gladue Program. Prior to working with ALS, Desirée worked with the National Inquiry for Missing and Murdered Indigenous Women and Girls and piloted an Indigenous service hub program for Community Living Thunder Bay. She is particularly passionate about Indigenous criminal justice, MMIWG2S, access to justice, and social assistance issues. 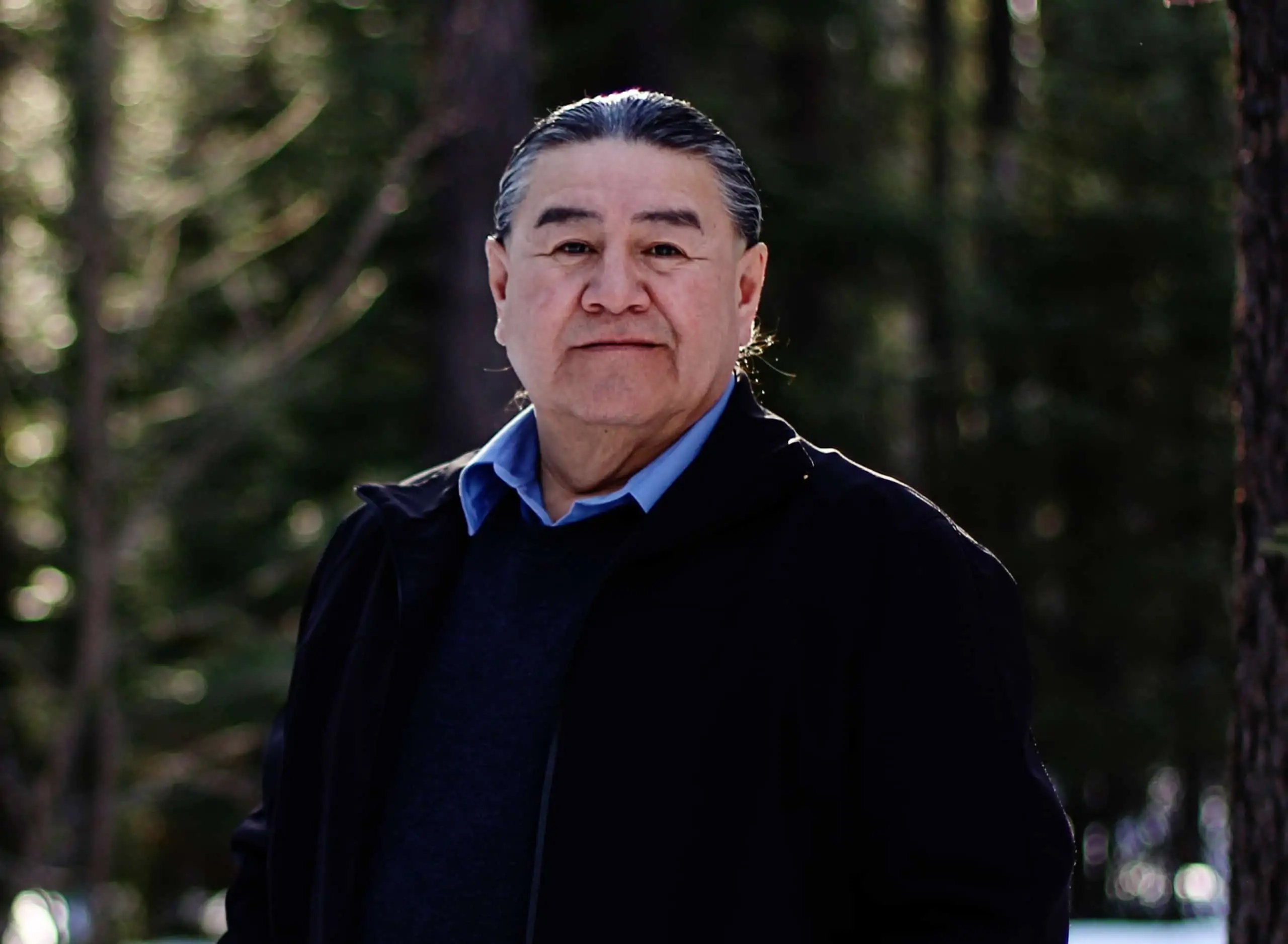 Vern Cheechoo grew up in Moose Factory, Ontario, a small community on an island on the Moose River, about 200 miles away from the nearest town, with his parents, three brothers and five sisters. Vern is a proud member of the Moose Cree First Nation, and presently resides in Timmins, Ontario.

Self-taught, Vern started playing guitar at the age of six. He would watch his brothers play and would later try and reproduce what he saw and heard—he was a natural. By the age of eight he was chording for his father, who was entering Vern in talent shows. Vern has come a long way in the music business. From playing in talent shows to playing such venues as the Mariposa Music Festival, Massey Hall, London Home County Folk Festival, North Dakota Arena, Winnipeg Park Theatre, Toronto Danforth Hall, Harbor Front, Toronto North By Northeast, Vancouver’s Music West, Northern Lights Music Festival, Chapleau’ s Nature Fest, Montreal’s First peoples Music Festival, to name a few and opening shows with the likes of Bruce Cockburn, Indigo Girls, Buffy Ste. Marie, Jim Witter, Don Burnstick, Kashtin, and sharing the stage with artists like, longtime friend Lawrence Martin, Kevin Welch, Joe Ely, the Spence Boys, Valdy, Willie P. Bennett, and many, many more.

Vern’s second and third releases garnered more attention receiving Nominations, twice for the Juno Awards in 2000 and 2003. Vern is also a two-time Saskatchewan Country Music Award Nominee and 7 times Aboriginal Music Award Nominee, and a winner at the 2000 Aboriginal Music Awards for the Best Produced Album of the year. Vern says, “It’s the love of music and entertaining folks, the fans, that keep me going and I’ll keep going until I can’t play or sing no more”. 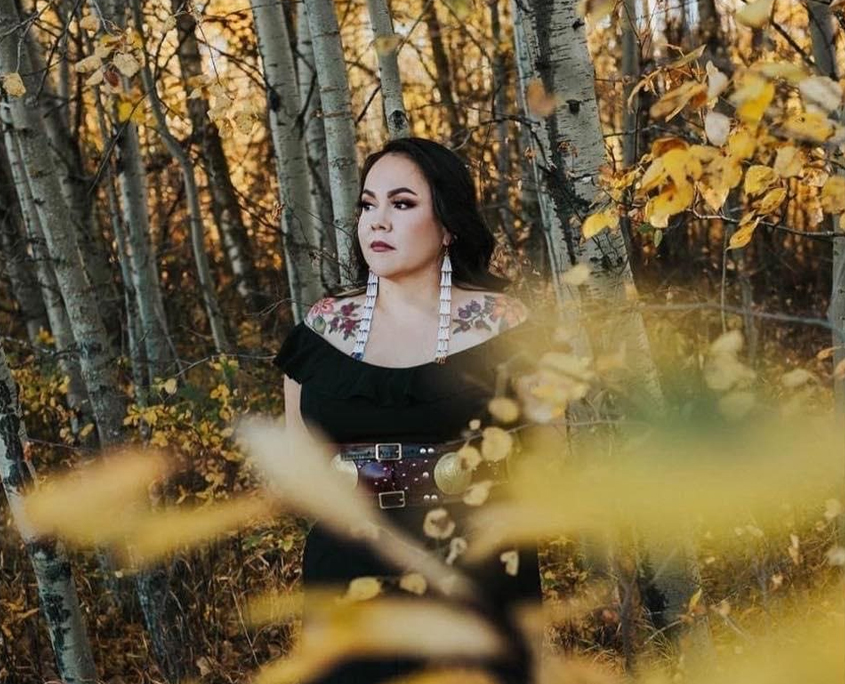 Fawn Wood was born in Cree Round Dance season on an icy October evening. Through her father, Earl Wood of Saddle Lake, Alberta, she inherited the Round Dance and Pow-Wow singing traditions of his Plains Cree forefathers. Through her mother Cindy Jim-Wood, she inherited the traditions and Salish chants of the Whonnock and Stlatlimx peoples. Since then, Fawn’s distinct style reflects the confluence of her parents’ tribal lineages. 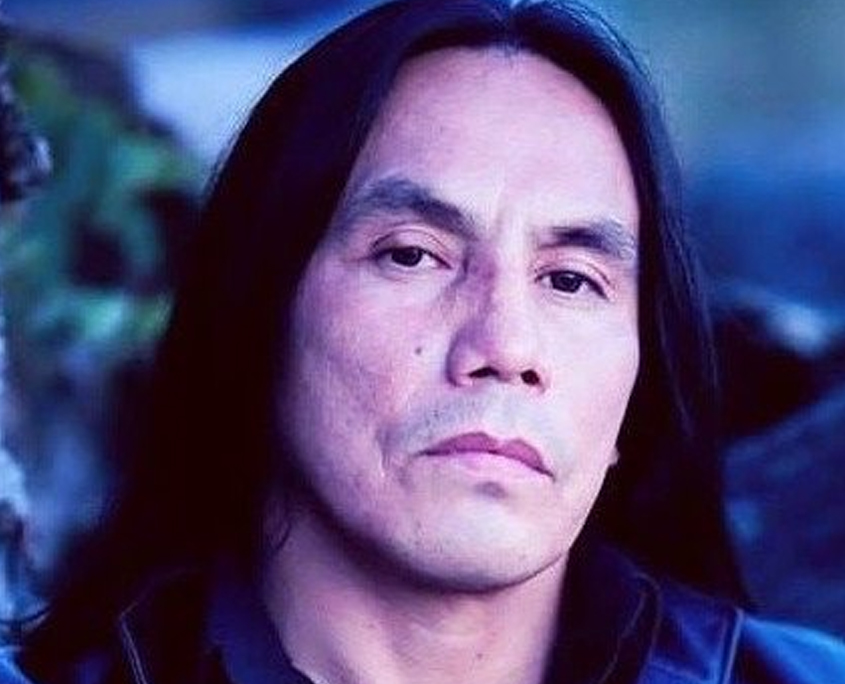 Gerald Auger is of Woodland Cree descent, Entrepreneur, GPRC graduate of Marketing Management, in Business Administration, National Native Role Model, Motivational Speaker, award winning Director and Actor. Gerald spent over 20 years working with Hollywood as an actor. Some of his most notable television & screen roles have been Pawnee Killer, AMC’s Hell On Wheels, Steven Spielberg’s Into The West, Dreamkeeper for Hallmark Entertainment’s, Tin Star for HBO, Anichov’s Bridge in Russia, & as Makamuk on Lost Face. Lost Face made it to the Top 10 of the Oscar’s in 2019. & he won Best Actor in LA. Both his documentary films, Walking Alone & Honour Thy Father, won industry awards & received industry acclaim. Gerald continues to be involved in film, television and documentaries, advancing the status of Indigenous People in film & television, exposing and debunking the stereotyping of his people. His latest TV Series, is called Matriarchs, as the creator and executive producer is based on 4 Directional prophecy, and 4 Directional cultural and spiritual beliefs.

Gerald walked away from mainstream society & Hollywood in 2009 to heal from childhood trauma, being a product of inter-generational impact from residential schools & colonization. Gerald’s 6 year sabbatical out on the land with traditional knowledge keepers, healers and ceremonial elders ended in 2015. Gerald’s continues to work with troubled youth, families and communities. He draws from his personal experiences of abuse as a child & what he learned from his 6 year sabbatical, to help guide and lead troubled youth and others struggling with life. In working with multi-barrier and disengaged youth, Gerald has developed programs that have helped troubled youth turn their life around for the positive, and hosts healing camps dealing with inter-generational impact through culture, spirituality and ceremony. Gerald currently works with agencies and organizations dealing with MMIWG and Stopping Violence against Women, and Human Trafficking. 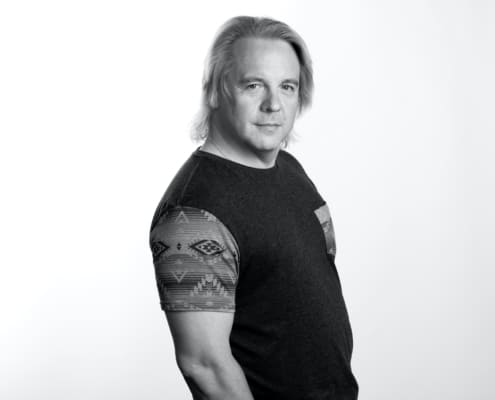 During the last thirty years of his career, Drew Hayden Taylor has done many things, most of which he is proud of.  An Ojibway from the Curve Lake First Nations in Ontario, he has worn many hats in his literary career, from performing stand-up comedy at the Kennedy Center in Washington D.C., to being Artistic Director of Canada’s premiere Native theatre company, Native Earth Performing Arts.  He has been an award-winning playwright, a journalist/columnist (appearing regularly in several Canadian newspapers and magazines), short-story writer, novelist, television scriptwriter, and has worked on numerous documentaries exploring the Native experience. Most notably as a filmmaker, he wrote and directed REDSKINS, TRICKSTERS AND PUPPY STEW, a documentary on Native humour for the National Film Board of Canada, and for CBC, co-created SEARCHING FOR WINNITOU, an exploration of Germany’s fascination with North American Indigenous culture. 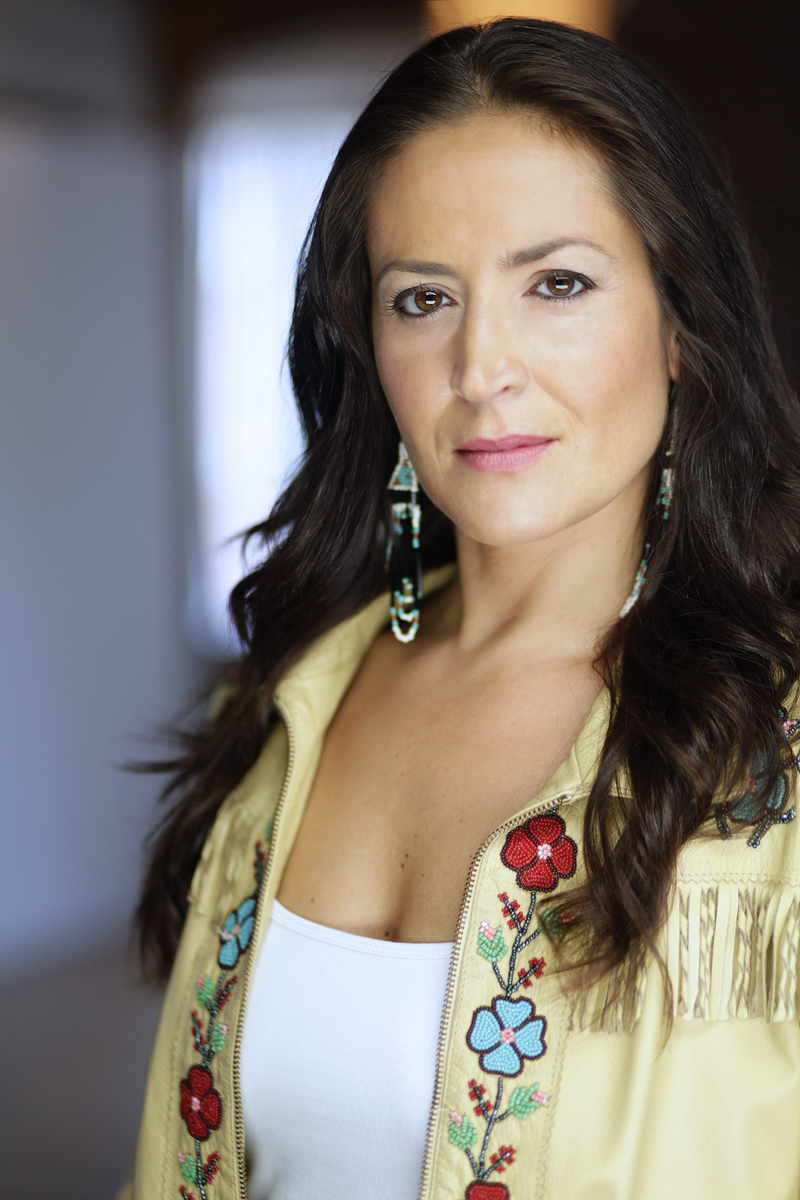 Cheri Maracle is an Multi award nominated Actress, Singer/Songwriter, and playwright of the Six Nations of the Grand River lands.

Cheri has numerous Stage, tv and film credits to her name. Selected theatre credits include: Kisaageetin Cabaret (the National Arts Centre), Paddle Song, a one person Musical (the Firehall Theatre), The UNNATURAL AND ACCIDENTAL WOMEN (The National Arts Centre), The Hours That Remain (Theatre Aquarius), The Rez Sisters (Belfry Theatre), The Road to Paradise (Crow’s Theatre), and Munschtime! (Young Peoples Theatre), to name a few. Some selected tv/Film credits include: UNSETTLED (APTN, TVO), The Coroner (CBC), The Parker Andersons (Marble Media), Tribal (APTN), DeGrassi (Netflix, Epitome), and Murdoch Mysteries (CBC). Cheri was nominated for a Best Supporting actress at the CSA’s for her role of Sara Bull, in the series Blackstone (APTN) 2012-2015. Cheri recently wrote a Children’s show ‘The Friendship Star’, which debuted at the WEE Festival 2022. She fronts a Jazz band, the Cheri Maracle Quintet, whom she’s performed with all over Turtle Island. Cheri’s music can be found on iTunes.

G.R. Gritt is a Juno Award-winning, Two-Spirit, Transgender, Francophone, Anishinaabe/Métis artist. After living many years in Yellowknife and forming the band Quantum Tangle, they have recently moved back to Sudbury/Robinson Huron Treaty territory where they grew up. This homecoming coincides with a journey that they feel better represents them. With these changes has come a new voice both physically and in the growing magnetism of their songwriting. G.R. Gritt pulls effortlessly from the past to create soulful futurisms with their new sound that elegantly weaves the melodies using vocals, guitar and new electronic elements. They create both intimate and anthemic music that would fit in a folk club, a dance club and anywhere in between. 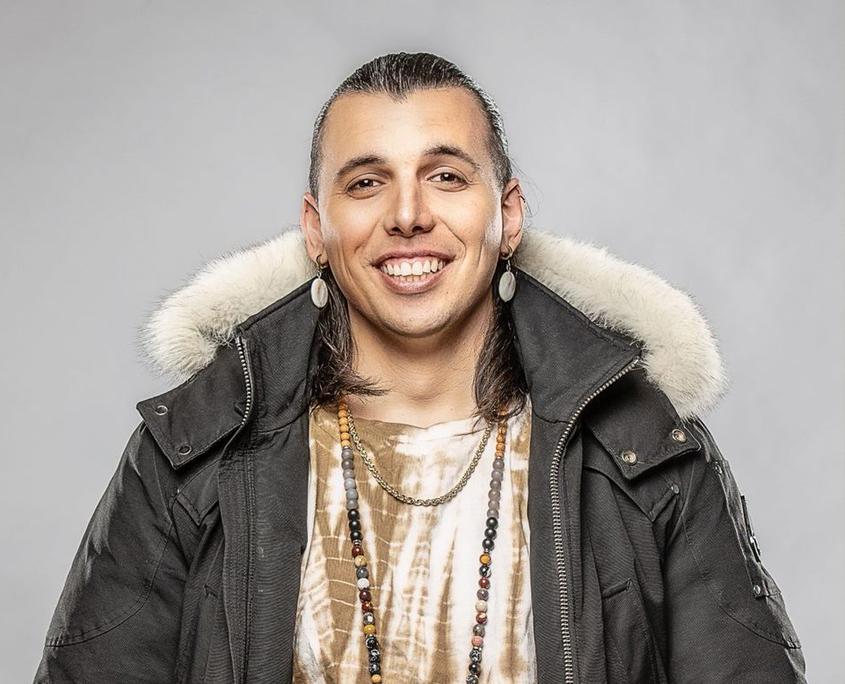 Cody Coyote was born in Ottawa, Ontario, Canada and is of Ojibwe/Irish descent with ancestry from Matachewan First Nation. With his fusion of strong, profound lyricism accompanied by corresponding influential sounds, this multi-award nominated and award winning Hip-Hop/Electronic artist grasps his listeners attention and delivers a mesmerizing performance. 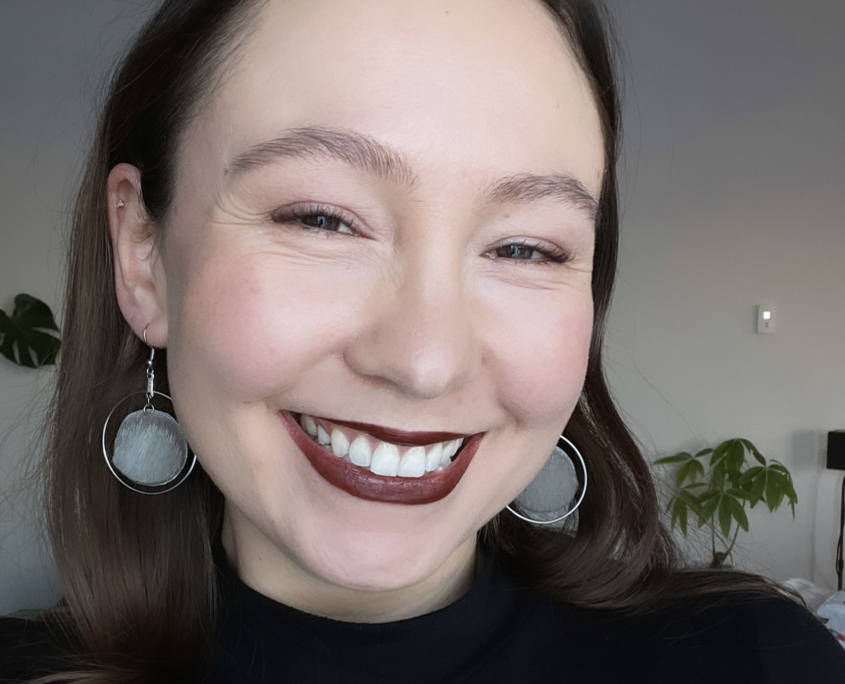 Becky Han grew up in Arctic Bay, Nunavut which now resides on Treaty 6 territory where she works from home. Believing that music is a crucial educational tool, she composes most of her songs in Inuktitut. Being active on social media, Han also uses her platform to share her learnings about the Inuit culture. 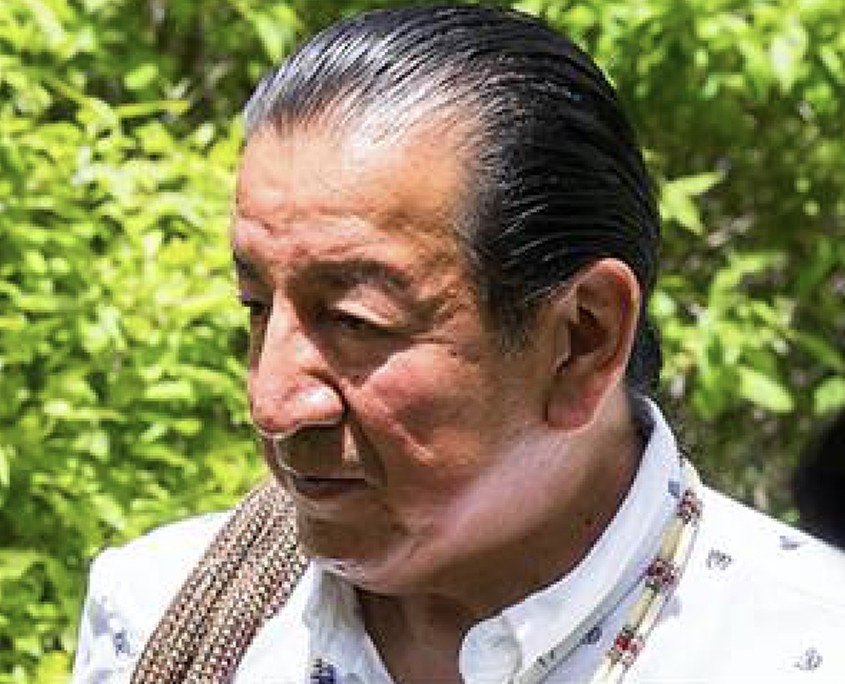 Philip is a Sundancer, Pipe Carrier and Sweat Ceremony Leader. Philip Cote’s spirit name is (Noodjmowin) “The Healer” Misko-gayaashk “Red-Seagull” and Philip is a member of the Falseface and Eagle Societies.

Philip is also a tour guide with “First Story”, since 2005 providing an Indigenous history of Toronto covering the last 13,500 years and as far back as 130,000 years this includes star knowledge and Ojibway Cosmology. 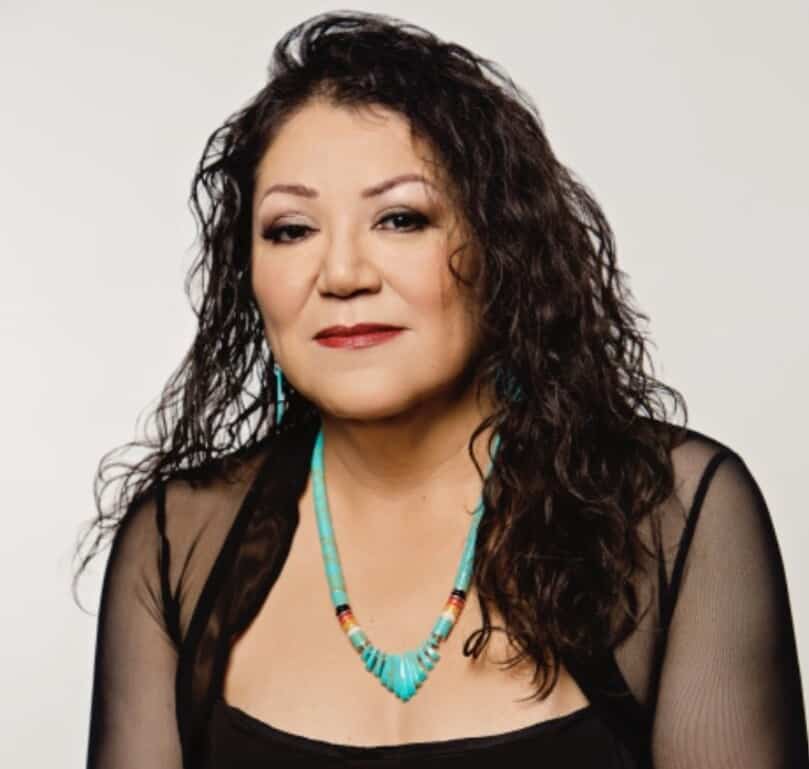 Rhonda Head is from the Opaskwayak Cree Nation in northern Manitoba, Canada.  Rhonda is a Mezzo-Soprano and has released five albums to date, numerous singles, and is currently working on her sixth album.  Rhonda has received 16 nominations in total and won six international music awards since she began her music career in 2010.  She writes her lyrics in her Indigenous Cree Language, and composes her melodies based off the landscape in her home reserve of Opaskwayak Cree Nation. 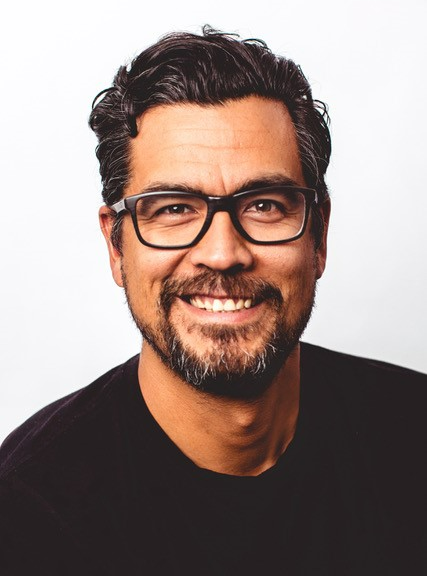 David Robertson is the Author of On the Trapline, a beautiful picture book which was included in this year’s Legacy Schools Booster Toolkit which will be arriving at schools in September.  The book celebrates Indigenous culture and traditions. The Governor General Award-winning team behind When We Were Alone shares a story that honours our connections to our past and future generations. On The Trapline, illustrated by Julie Flett, won David’s second Governor General’s Literary Award and was named one of the best picture books of 2021 by the CCBC, The Horn Book, New York Public Library, Quill & Quire, and American Indians in Children’s Literature.

David is the author of numerous books for young readers including When We Were Alone, which won the 2017 Governor General’s Literary Award and the McNally Robinson Best Book for Young People Award. His memoir, Black Water: Family, Legacy, and Blood Memory, was a Globe and Mail and Quill & Quire book of the year in 2020, and won the Alexander Kennedy Isbister Award for Non-Fiction as well as the Carol Shields Winnipeg Book Award at the 2020 Manitoba Book Awards. Dave is the writer and host of the podcast Kíwew, winner of the 2021 RTDNA Prairie Region Award for Best Podcast. He is a member of Norway House Cree Nation and currently lives in Winnipeg.

Disclaimer: The views and opinions expressed by Artist Ambassadors are those of the artist and do not necessarily reflect the official policy or position of the Gord Downie & Chanie Wenjack Fund.